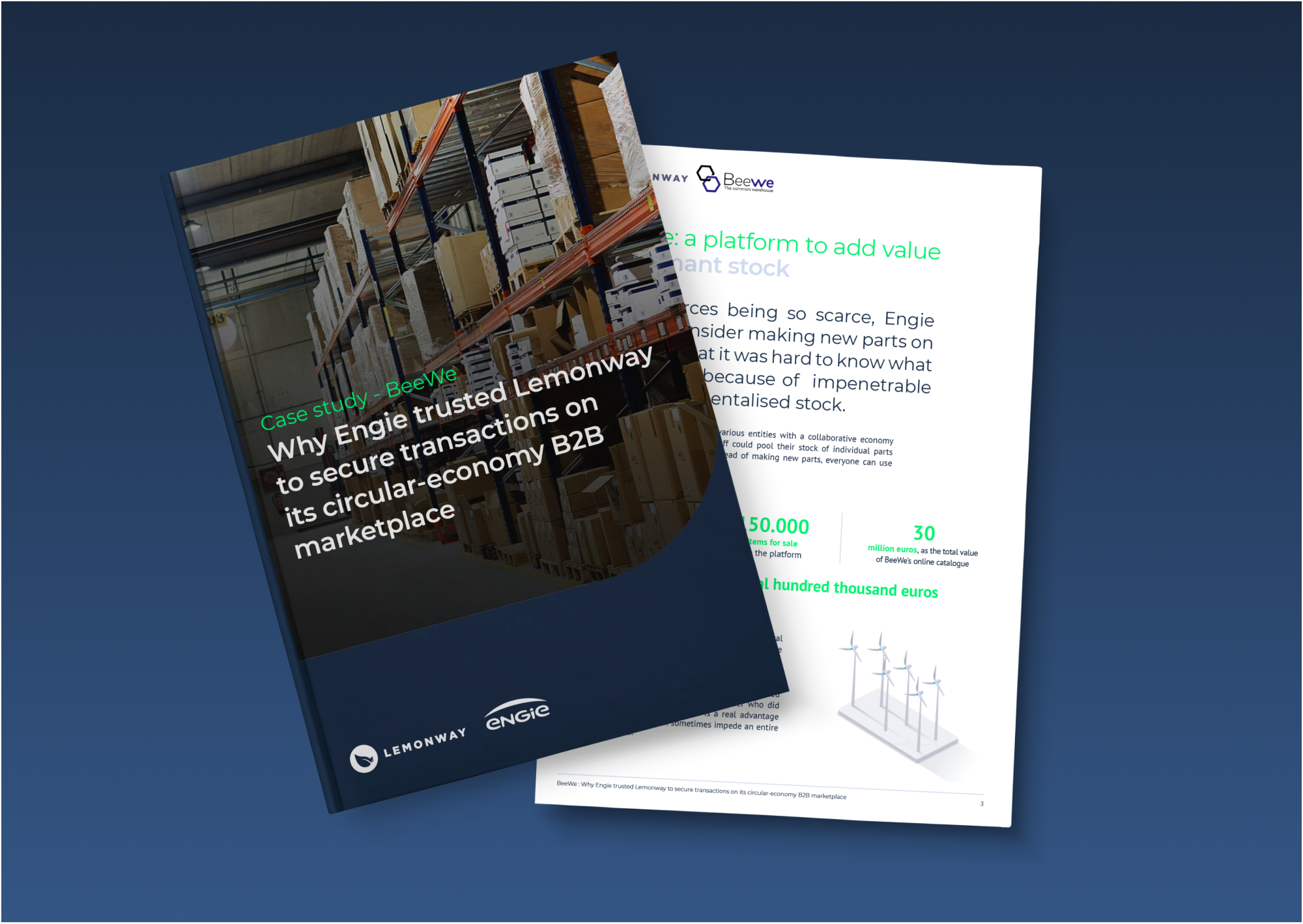 The Engie Group is aware of the climate emergency and its role in this area, and has set itself the goal of contributing to a transition to a carbon-neutral world. By introducing radical strategic changes, Engie managed to reduce its CO2 emissions by 56% between 2012 and 2018.

The Group has also given itself a raison d’être in 2020 to take this CSR approach further. The aim is to achieve both financial performance and a positive impact on
people and the planet. As part of this commitment, Engie created its circular-economy B2B marketplace BeeWe, where users of different Group entities can buy and sell replacement parts. This ambitious environmental project aims to make intra-Group transactions possible through e-procurement.

In this case study, you'll find out how Lemonway and Engie partnered to solve the technical and regulatory challenges implied in such a project.

1. BeeWe: a platform to add value to dormant stock

Fill in the form to discover the complete case study!

🍋proudly made by Lemonway